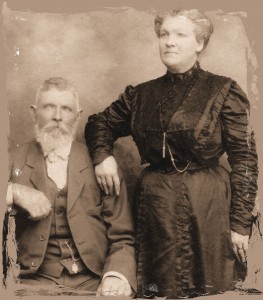 While the family were residing at Irish Town near Clarence Town, William was born in 1849. By the time he was school age, they were planning a move to Mill Creek near Stroud. He attended the school at Telligherry.

William and his sister, Agnes, moved up to the Macleay after Tom and John started clearing the land. He married Margaret Campbell and their family consisted of five boys and seven girls.