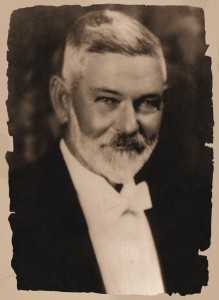 When Ellen was forty-six years old, she gave birth to Francis in 1857, not long after they moved to Mill Creek near Stroud. Francis went to the school at Telligherry, then on to St Stanislaus College in Bathurst. He studied surveying in Sydney and worked in that field for many years.

Francis married Mary Jane McCarthy (McCarty) and they had six children. In 1893, he went into politics, winning the seat of the Hastings and Macleay and holding it through several elections. A firm believer in the federation of the Australian colonies, Francis resigned his unopposed seat in 1898 so that Edmund Barton could stand for election in the Hastings and Macleay.

Barton was elected and after the Constitution was ratified by the Australian people, he resigned to go to England. Francis was returned in the election that followed.

After a stiff fight for Cowper in 1903, Francis lost the election. He returned to surveying, having gained nothing politically or financially for his noble sacrifice.

The Honourable Francis Clarke died in Manly in 1939.